(No reviews yet) Write a Review

*In Stock and Ready to Ship

Security camera disguised as a fully functional portable power pack with built-in hidden camera with built-in DVR that records video to a Micro SD card.  Plus, this power bank security camera is also a WiFi IP network camera that is capable of recording internally LIVE remote viewing AND playback PLUS recording with PCs,  Laptops, iPhones, iPads, and Android Devices.

The mobile app is mainly for online real-time checking.
The SD card is to save the videos. Inserting the card into the slot and turn the camera on, then the camera will automatically start to record and save the files into the card even without wifi setting.
The recording button on the APP, we seldom use it,We mainly record by the SD CARD.

This item can record more than 15 hours, up to 24 hours. This is the longest using product in a Wifi device. But to protect the battery, it doesn't support charging while recording.
The combination of 1080P camera and Power Bank, shooting as well as charging your phone.10000mAh portable power bank can Fast Charge your Mobile. More than 15 hours recording time. 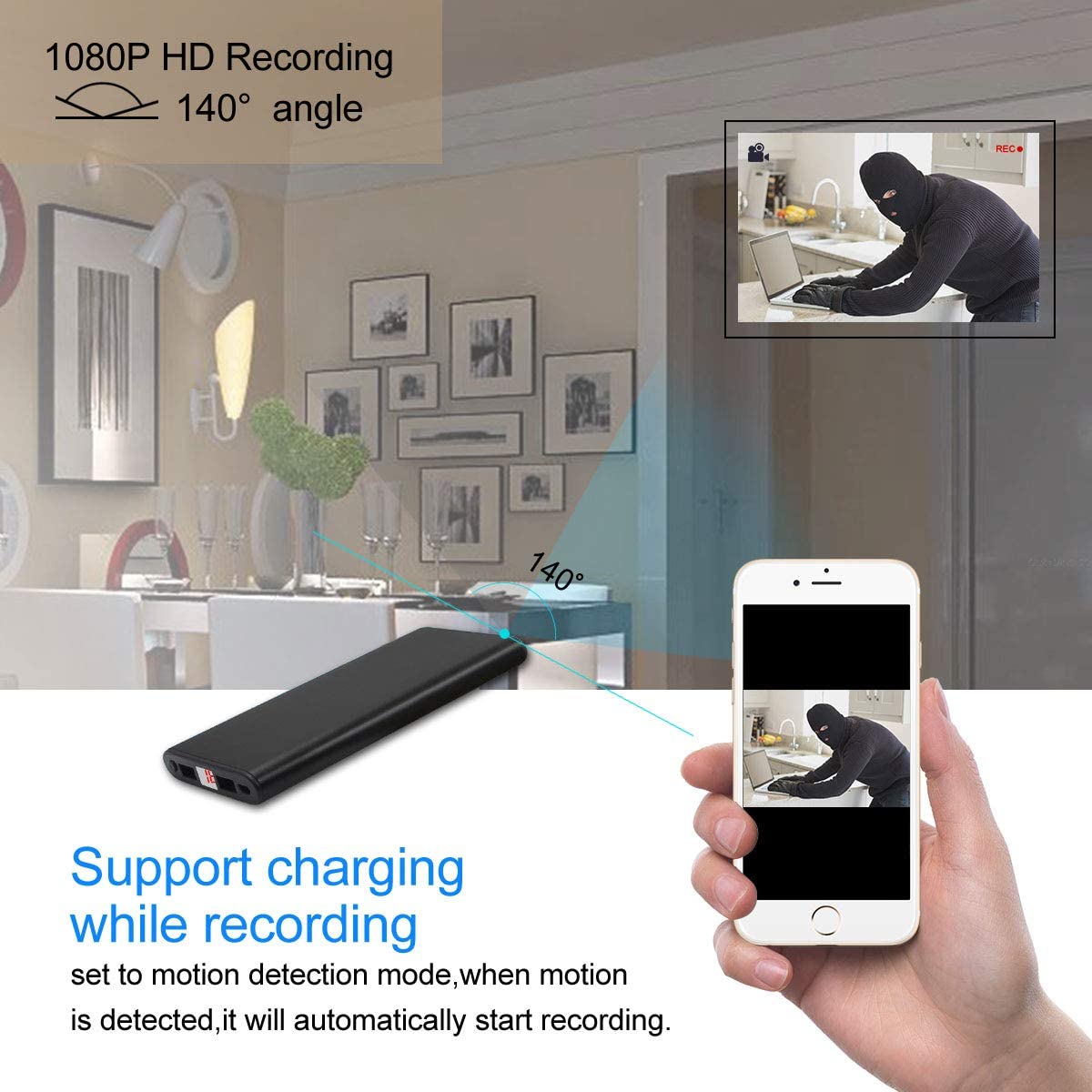 MSRP: $199.99
Now: $159.99
Was: $179.99
WiFi Camera Power Bank Overview: This product not only has the wifi camera function, but also works as an power bank. It can stream worldwide live video remotely, and it can be used to recharge the...

MSRP:
Now: $249.99
Was: $299.99
PIR Sensor WiFi Nanny Camera Overview:  This covert PIR sensor live Security cameras long battery is a dummy PIR alarm sensor, so no one knows it's a surveillance camera and monitors once it's...

MSRP:
Now: $199.99
Was: $289.99
Security Camera: It was designed as a wireless phone charger, not possible to see it is a camera. You can put this camera on the desk and others thought it was a wireless charger, it is totally not...

MSRP:
Now: $179.99
Was: $199.99
UNIQUE DESIGN WIFI POWER BANK CAMERA: What makes it special is that a camera built in a real power bank. The combination makes it very hard to be noticed while the camera is recording, great...

MSRP: $199.99
Now: $159.99
Was: $179.99
WiFi Camera Power Bank Overview: This product not only has the wifi camera function, but also works as an power bank. It can stream worldwide live video remotely, and it can be used to recharge the...

MSRP:
Now: $169.99
Was: $199.99
This versatile and inconspicuous black-box design allows this Black Box camera to blend into any setting, poised to record at a moment's notice. One battery charge will let this discreet recorder...

MSRP:
Now: $169.99
Was: $229.99
WIRELESS CHARGING & USB CHARGING: The device can be used as a portable power bank charger, the USB output provides 5V/1A charging by the USB cable; It also support wireless charging for...

MSRP: $149.00
Now: $99.99
Was: $109.00
Built-in rechargeable battery ：This mini Unit has a built in rechargeable lithium battery, meets you portable carry recording about 60 minutes, and if you need more recording time then you can just...

MSRP:
Now: $149.99
Was: $209.00
WiFi Camera Charging Dock    In our modern high tech environment no home or business is without a cell phone charger so what better place to discreetly hide an HD Wi-Fi...